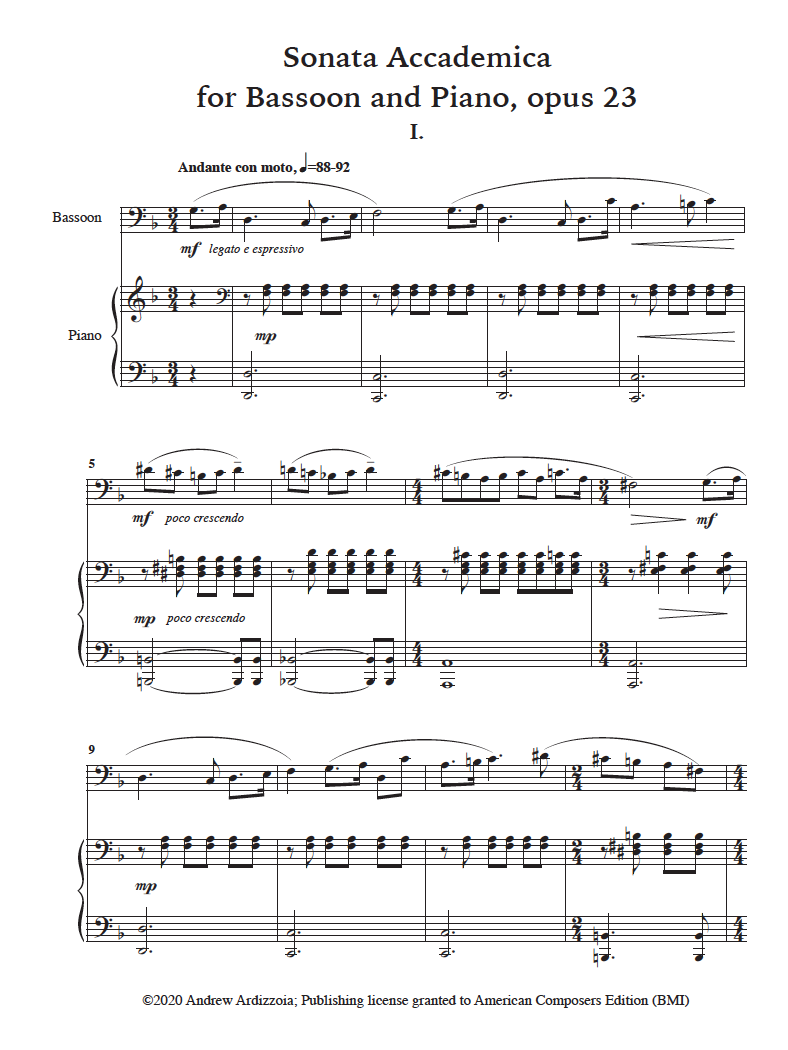 I composed the Sonata Accademica during the summer of 2008, after taking a course on sonata form as part of the coursework for my masters degree. It began as a challenge to myself to use what I’d learned about the ways in which composers have made use of this basic musical principle.

The first movement is in a neoclassical style, with two themes in opposing keys, a blustery development, and a conclusive recapitulation.  The second movement is an exploration of how the precepts of sonata form may be applied in a serial context. The third movement, in a loose rondo form, serves as a conclusion to the entire work; large-scale harmonic motion from the first movement is balanced (the first movement’s move up from D to F is answered with a move downward from D to B), while making use of some of the melodic gestures heard in the preceding movements.

The sonata was premiered in its original version for bassoon and piano by Joseph Kluesener and Evan C. Paul at Arizona State University in the fall of 2008. I later made a version for saxophone and piano, at the Hartt School premiered in 2011.