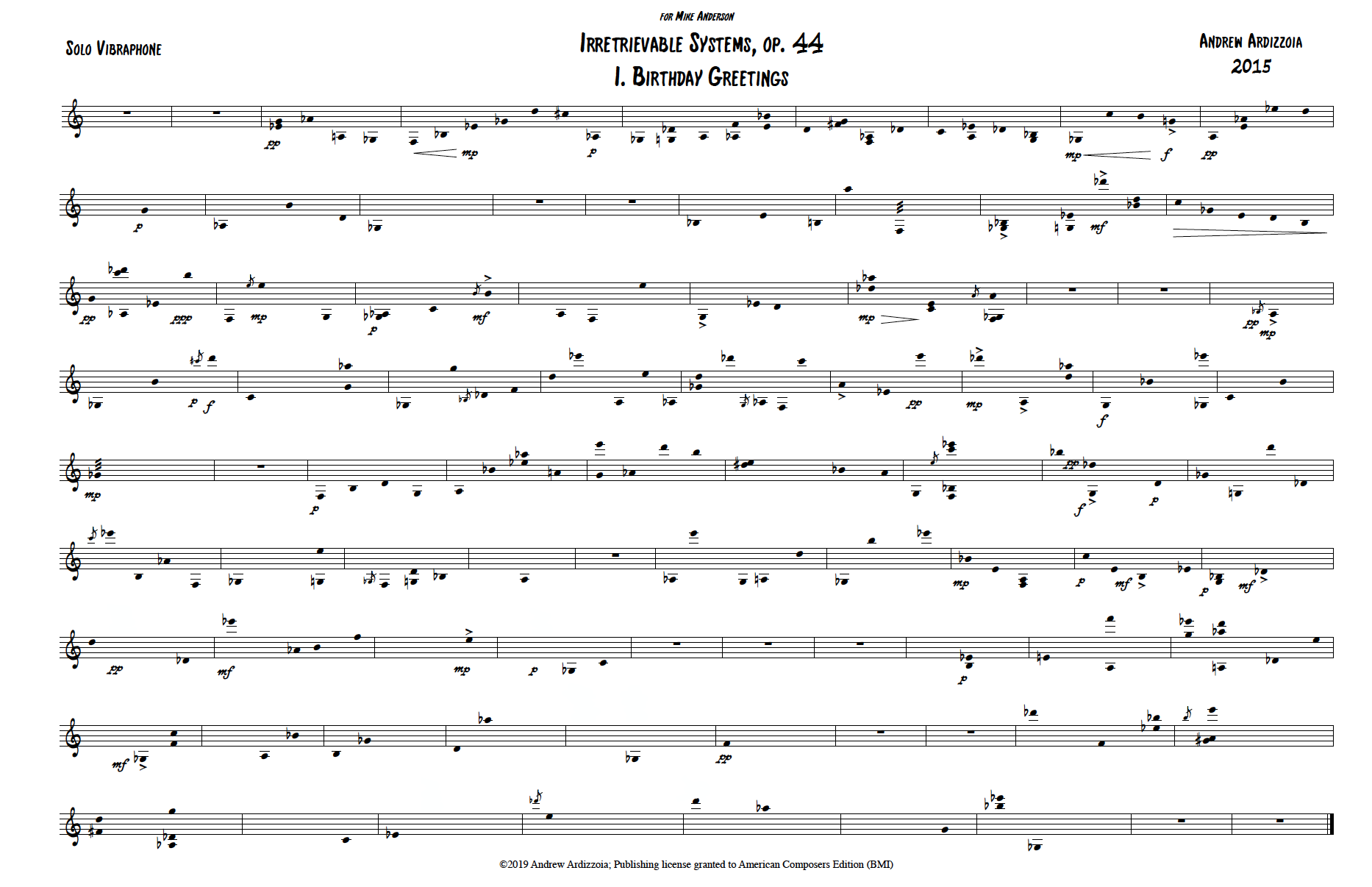 Irretrievable Systems was commissioned in 2014 by percussionist Michael Anderson. The work is one of several recent pieces of mine that are in dialog with the work of noted American architect Philip Johnson (1906-2005), most notably his landmark “Glass House” in New Canaan, CT.

Much of the material for these comes from star charts that depict the night sky over New Canaan on three specific dates: Johnson’s birthday, the day of his death, and winter solstice of 1949, the year the Glass House was built. Each chart was overlaid with a grid, and each cell of the grid represented a duration of between one and four seconds. Celestial bodies on the charts were translated into attacks or groups of attacks; larger figures equated to louder volume, while fainter spots on the page indicated quieter ones. Vertical position within the cell indicated register. The pitch materials are serial; I used a numerical representation of each date as the basis for a ten-note row. Thus I was able to exercise a certain amount of control over the pitch aspect of the composition while allowing the charts to dictate duration, register, amplitude, and articulation.