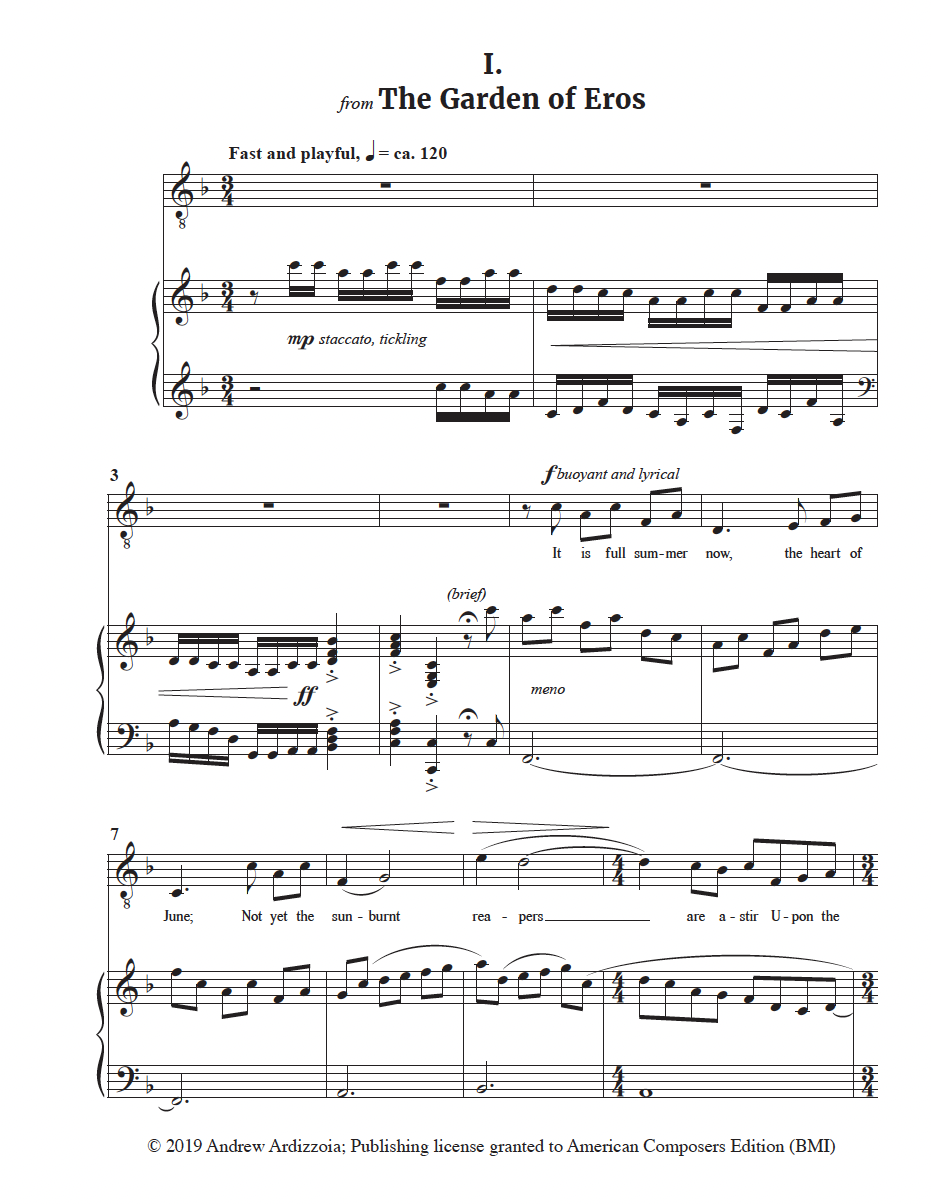 I immediately decided to set the first four stanzas of “The Garden of Eros” after reading most of Wilde’s collected poems in 2012. It took several years before I was able to decide which other poems to set and exactly what those songs would sound like. I finally set to work in earnest in fall, 2017 and finished the following summer.

Wilde employs rich, descriptive imagery which demanded that I take a very thoughtful approach to my settings of these poems. Not surprisingly, much of Wilde’s poetry exhibits frank homoeroticism; this queer point of view influenced my decision to write for voice types traditionally thought of as “male.”