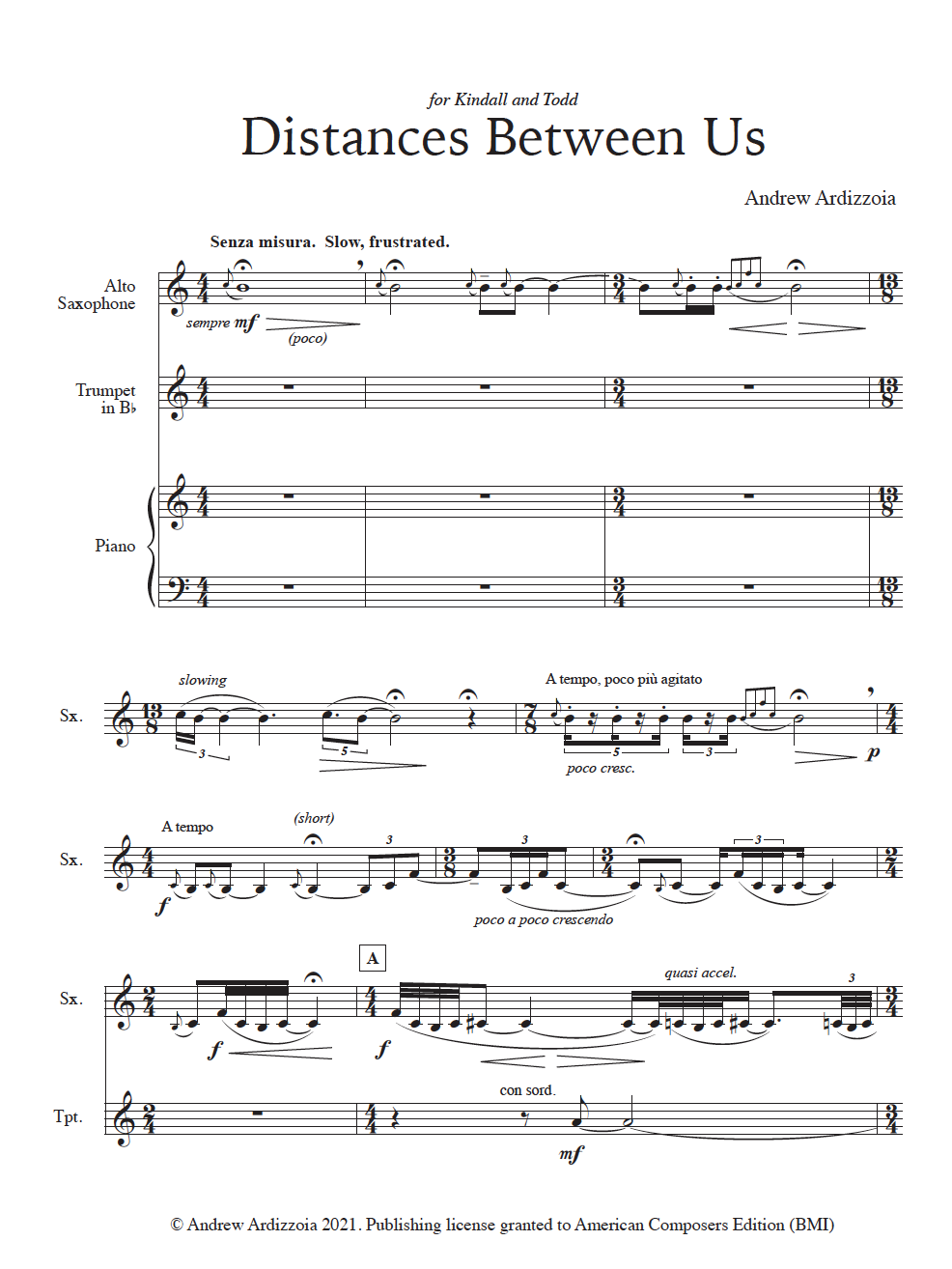 Distances Between Us was commissioned by Kindall NeSmith and Todd Smith in the fall of 2010. The couple requested a piece that reflected the unorthodox nature of their relationship—much of the time they’d been “together” had actually been spent apart due to graduate school, jobs, and so on. The project had a personal resonance for me, since my partner and I had lived apart on and off over the past several years. I used this together/ apart dichotomy as my conceptual basis for the work.

I chose a small pitch collection that contains both the two fundamental pitches of Kindall and Todd’s instruments (E-flat and B-flat) and the tones that lie a half-step below each (D and A). This half-step idea became a fundamental aspect of my thematic material and influenced my choice of subsequent scales. The outer boundaries of this collection, A and E-flat, became the tonal “arms” of the piece, which rotate around C, the pitch equidistant between them. Thus the tonal center C served as a meeting place where the two instruments could finally come together. The piece consists of a series of solos and duos with varying amounts of commentary and support from the piano. It finally climaxes in an arching, ecstatic melody before drawing to a wistful, contended conclusion.