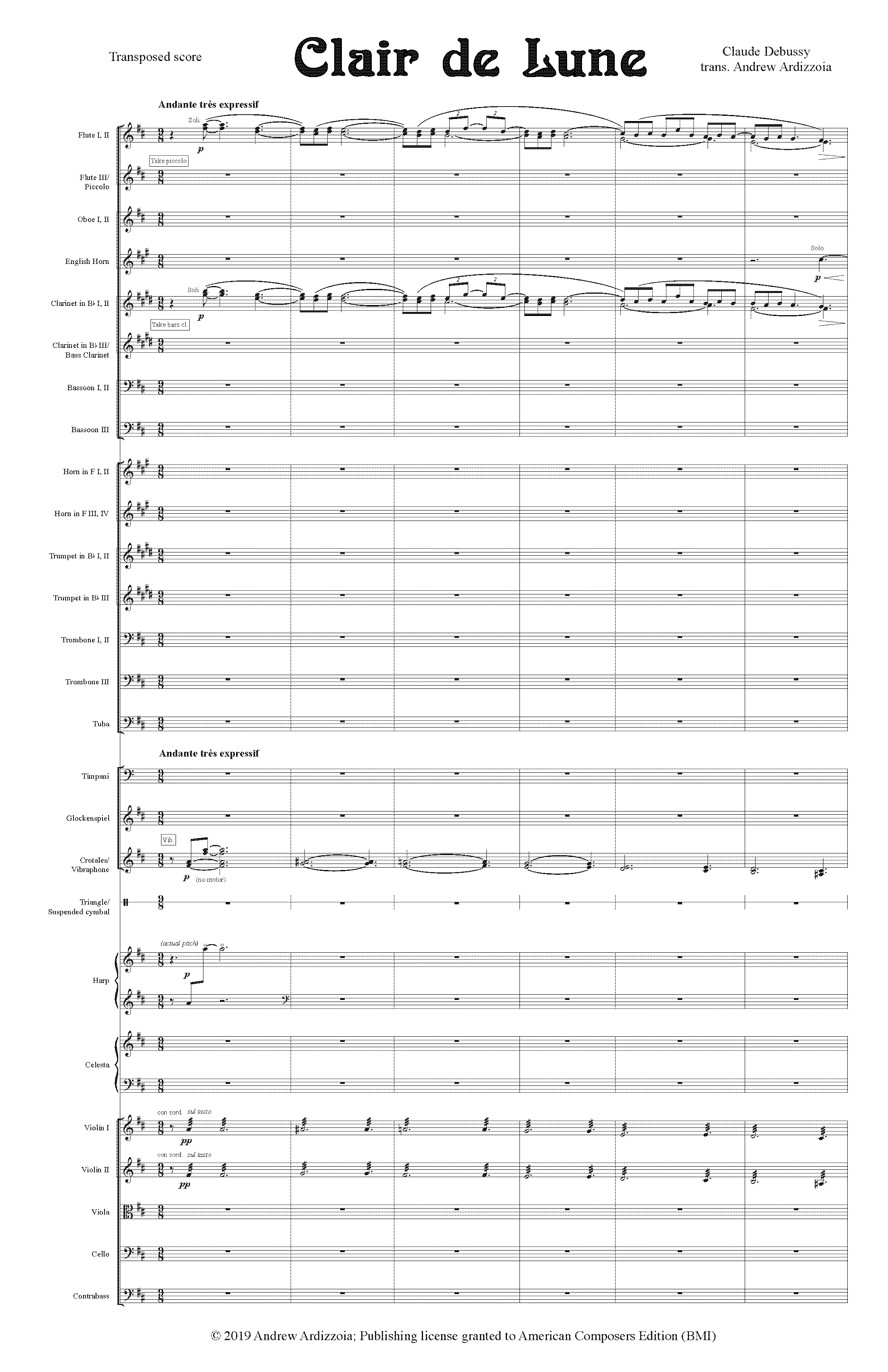 Debussy composed the Suite Bergamasque for solo piano in 1888 and revised the work in 1905. One hundred and eleven years later, in 2016, Jacob Harrison asked me to make a transcription of Clair de Lune—the most famous of the suite’s four movements—for  that year’s Iowa All-State Honor Orchestra, which he was to conduct.

Important questions arise for anyone attempting to orchestrate the best-known piano work of an equally famous composer. To what extent are details such as phrase markings, dynamics, and register to be retained? How much should the new version be influenced by Debussy’s own ingenious and novel orchestral writing? In the end, I hope I was able to capture a certain amount of "Debussyan" atmosphere, while allowing myself some leeway to tastefully translate pianistic material into a new idiom. As with all good music, the inherent quality of this work transcended its medium, and a lovely showpiece for orchestra emerged.

I am grateful to my dear friend Jacob for the very useful help he provided in editing the score.