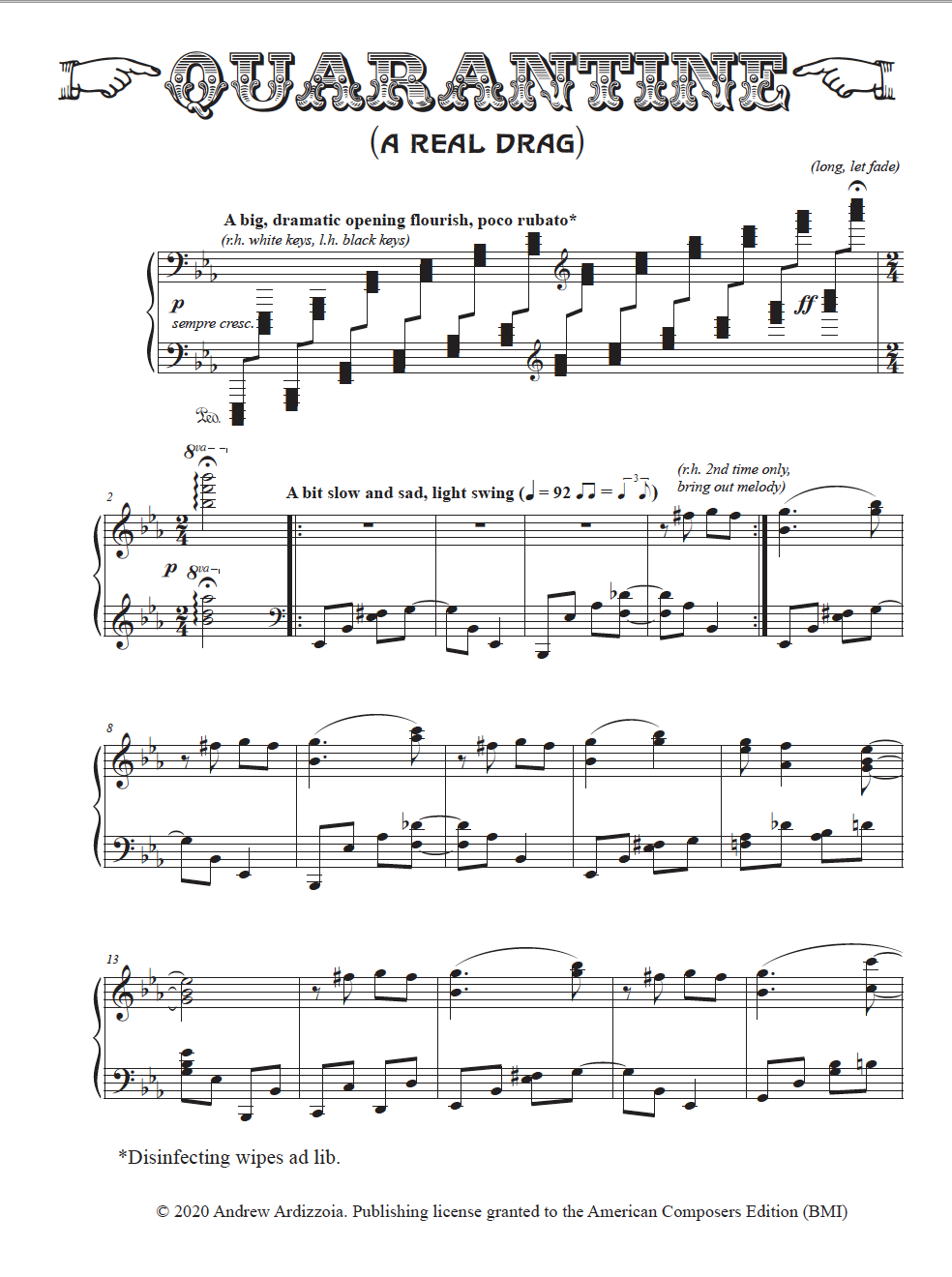 In early March 2020, with COVID making its first inroads in the US, I sketched a plan for a set of piano pieces that would describe the year so far. I had no solo piano music in my catalog, and at the very least this seemed like a good way to check that box. The very next day, Muhlenberg College—where I teach—announced the shift to online instruction, and I suddenly found myself free of the many distractions that take up my time on campus. With more time to compose, I decided to make the most of the situation and set to work. The title is a nod to Hindemith’s 1922 Suite.

Quarantine is a tongue-in-cheek take on the slow drag. Written early in the lockdown, it was impossible to know the toll the disease would take. Each of the themes has words which I’m going to keep to myself, as they’re not for polite company.

Disinfonia uses imitative counterpoint as a means of exploring how disinformation spreads. The first theme is continuously corrupted as new and different versions of it jostle for prominence.

Last Train to Brussels is a mash-up in which the Ode to Joy (the EU anthem) and Rule Britannia which creates a sultry yet mournful farewell to European unity. In my mind I pictured two huge marble statues of Europa and Britannia scraping their way around an abandoned dance floor.

Say Their Names is the most serious and contemplative piece of the suite. The continued murders of Black persons by the police demanded a music that spoke to the humanity of the victims and to the nation’s long-simmering racial problems which exploded in righteous anger during the summer of 2020. The initial quiet theme is derived from the names of George Floyd and Breonna Taylor, and the faster portions are composed in a free, dissonant style.

Flight of the Murder Hornets is a motu perpetuo detailing one of 2020’s rare near-misses.

Doral Engloutie envisions DJT’s golf club (characterized by the 1919 song On Miami Shore) being swallowed by the rising sea waters (pace Debussy) as members mingle and listen to bad piano music played by some poor sap who knows they won’t be paid.

The suite may be performed in any order, with any number of movements included or omitted.