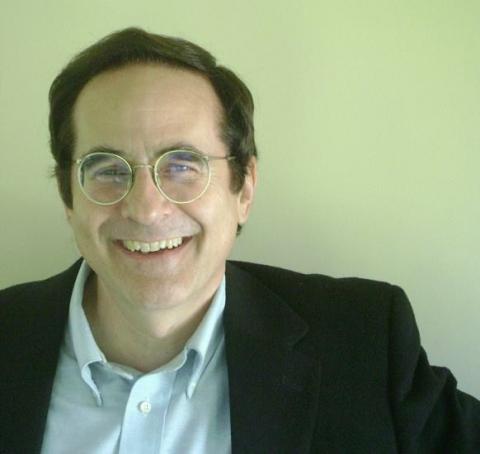 American composer Albert Glinsky (born New York, NY, 1952), has received critical praise for his music, which has been performed widely, and in such settings as Lincoln Center, Kennedy Center, the Aspen Music Festival, Wolf Trapp, and throughout Europe and the Far East. Performing organizations as diverse as the Boys Choir of Harlem and the Zurich Chamber Orchestra have premiered his works. Dance has played a large role in Glinsky's musical output. His works have been presented at the Lexington and Wilkes-Barre Ballets, the Merce Cunningham Dance Theatre, Les Grandes Ballets Canadiennes, Marin Ballet and at universities around the country. The Joffrey II Company presented a three-season international tour of his ballet Flights, which was subsequently filmed for cable television.

Among the awards Glinsky has received are grants from the National Endowment for the Arts, the American Academy of Arts and Letters, the Smithsonian Institution, the Jerome Foundation, the New York State Council on the Arts, Music at La Gesse Foundation, the Pittsburgh New Music Ensemble, the Pennsylvania Council on the Arts, Meet the Composer, the American Music Center, the Haydn Foundation, and New York State CAPS (Fellowship).  The Astral Foundation awarded him a major career grant, and later, a consortium commision for his piano concerto. Among the prizes Glinsky has received are two awards at the Alienor International Competition in Washington D.C., and a prize in the Composers Guild Choral Competition. He has been a Ucross Foundation resident artist in Wyoming. His music includes vocal,chamber, solo, and symphonic works and is recorded on the RCA Red Seal, Koch International Classics, Centaur, BMG Catalyst, and Leonor labels, and is published by C.F. Peters, E.C. Schirmer, Hinshaw Press, and the American Composers Alliance.  Performances and commissions of his works have been presented by such groups as the Cavani, Oregan, and Biava String Quartets, Relache, Concerto Soloists of Philadelphia, and the Erie Philharmonic, and with conductors Walter Hendl, Eiji Oue, Ignat Solzhenitsyn, and Daniel Meyer. Recent works include his Allegheny Quartet, commissioned by the Pittsburgh Chamber Music Society to commemorate the 250th Anniversary of the city of Pittsburgh, and Sun Chanter, commissioned by the Erie Philharmonic in honor of the orchestra's 100th Anniversary.

Glinsky is the author of Theremin: Ether Music and Espionage, published by the University of Illinois Press, with a foreword by Robert Moog. Theremin won the prestigious ASCAP-Deems Taylor Award in 2001 and received worldwide press acclaim. A gifted lecturer, Glinsky has delivered his multimedia "Termen-ology" presentation (on the life of Leon Theremin) across the US and in Europe. He has appeared on the Discovery Channel, the A&E Network, the Science Channel, various National Public Radio programs, and on Canada's CBC network and England's BBC Radio. Recently he was featured on an episode of the PBS show, "History Detectives," and on CBS Sunday Morning.  Currently he is writing the authorized biography of synthesizer pioneer, Bob Moog.

Glinsky has served on the faculty of Montclair State University, was BMI Composer-in-Residence at Vanderbilt University, and has taught at the Rock and Roll Hall of Fame and Museum. He is a research fellow and Professor of Music at Mercyhurst University in Pennsylvania. Albert Glinsky studied composition principally with Joan Tower and David Diamond. He holds Bachelor and Master of Music degrees from the Juilliard School, and a Ph.D. from New York University. He is a member of American Composers Alliance, and Broadcast Music Inc. (BMI).