divertimento – a light and entertaining composition, typically one in the form of a suite for chamber orchestra. ORIGIN mid 18th cent. (denoting a diversion or amusement): Italian, literally ‘diversion.'

American Composers Alliance is an eighty-year long suite, an experimental work-in-progress in American music publishing that maps the inventive, tangled, brilliant, crazed, explorative, obsessive and enraptured visions, the artistic endeavor of generations of the country's finest composers. It is then appropriate, in observing the eighty-year milestone of this vital American institution, to hear a few brief words from four of the composers featured on upcoming ACA concerts. 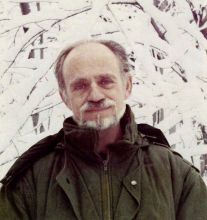 Martin BoykanDistinguished composer Martin Boykan bridges ACA’s founding to the present, as he was a long-ago student of Aaron Copland, becoming an ACA composer himself in 2013. His illustrious career spans more than half of the 20th Century into the present, including raucous times of volatile change in concert music. Today, his works inhabit a reductive, precise, coloristic, introspective, and darkly expressive world that is not without both wit and light. Gestural density and suspension are held in balance, kinetic outbursts are framed by complex sustained sonorities, only to be replaced by a muscular, though particle-ized, rhythmic vitality that projects the exacting pitch selection. It is music of great subtlety and grace.

Martin recently shared his thoughts about the ACA:

I joined ACA a few years ago after I heard some very positive things about it from some composers I really respect. And I’m very happy I followed their advice. ACA takes very good care of scores; it provides excellent copies, it has made sure that works will be preserved, and most important of all, it has arranged excellent concerts. It seems obvious to me that ACA is deeply concerned with the quality of current composition, and that is something for which we can all be very thankful.

Martin Boykan's Trio No. 4 (2016), a piano trio, will be featured in the upcoming ACA concert at Symphony Space – Thalia, NYC on May 13, 2017 as performed by members of counter)induction.

Mention of the founders in an encomium of this nature is almost obligatory, so two are cited here together by way of a simple observation of their music. Aaron Copland and Edgard Varèse could not be more different, yet their compositions remain as of the highest quality, much heard and highly influential.

Likewise, the divers music in the ACA catalogue is of the most varied interests and characteristics. Beyond representing generations of stylistic invention, adherences, departures and leaps-for-anything-else, the catalogue is a vital and expanding, living archive available to the work-a-day musician, the curious, the adventurous and the intrepid.

Proudly that tradition of looking beyond stylistic choice towards the notion of "quality" still holds with the membership of ACA. "Quality, whatever that is," as art historian Irving Sandler once said with frustration and perhaps not a little irony. The words of Supreme Court Justice Potter Stewart in a landmark case may also well-explain the ACA's retention of a high bar for that indefinable notion of quality, of quality seeking quality: "I know it when I see it." The ACA catalogue is a testament to generations of ongoing vigilance in selecting the best.

Genre-bending composer and bagpipe virtuoso Matthew Welch’s works fearlessly run the gamut from traditional bag-pipe tunes to electronics, to free jazz, to indie rock, to Minimalism, to gamelan, to traditionally scored works that may involve non-Western instruments. The compositions display an uncanny knack for blending disparities that seemingly have nothing to do with each other. Somehow, without shoe-horning, but rather by integrating, the energetic, modal, composite-becomes-whole pieces drive forward with rhythmic vitality, unique timbre and theatrical flair that displays a kindred spirit to the “downtown” scene of the ‘80s and today.

Matthew joined the ACA catalogue nearly a decade ago, and recently had this to say:

What I like about being a part of ACA is identifying with its long tradition of representing the Americana trend in composition - not just American composers, but those interested in staking out a distinctly American aesthetic within a field that still, unnecessarily looks to European influence. Some of my old heroes like Aaron Copland and Colin McPhee looked elsewhere for inspiration, Copland within American folk music, and McPhee to Asia, both representing a larger outlook embraced by the transcendentalists, mavericks and experimentalists that has made American composition stand out as unique.

Matthew Welch's Dhammapada Cantata (2015), scored for mezzo soprano, baritone, bass clarinet, marimba, piano, guitar, violin and cello features text from the Buddha, adapted from the Pali by the composer. It will be performed by Cantata Profana on the ACA concert at the DiMenna Center in NYC on March 12, 2017.

divert – cause (someone or something) to change course or turn from one direction to another; distract (someone or their attention) from something.

The divertimento, often a work that diverts one from daily concerns by way of light, engaging and pleasant music, may also take on more serious ambitions. Mozart's Divertimento in D major for strings, K.136 is a work so boldly and perfectly formed by the 16-year-old composer that it's been recognized as the Salzburg Symphony No. 1. Mozart's fifty or so divertimenti may have six movements with durations rivaling or surpassing any of the late symphonies.

Béla Bartók's famous Divertimento for string orchestra was written near the conclusion of his life in Europe. Phillip Huscher’s 2010 program notes for Chicago Symphony Orchestra performances of Bartok’s work describe it to be “literally meant as a diversion – an intentional escape from a political situation that would only get worse.” But as the worldwide conflagration approached and Bartok's mother was nearing death, some of the music does not divert from the situation, particularly the by-turns austere and fierce middle movement that winds down to a prescient, stark and ethereal, ghost-grey landscape of that which would follow in Europe.

The work of renowned composer Robert Carl, three-plus decades with the ACA, portrays his fascination with a visceral sense of time and memory, of "time reconsidered," of space and spaciousness. A sonic poetry emerges that effectively examines and relates time and space in a human context, while further expressing something of the ongoing process, hesitancy, motion, harmony, discord, stasis and chaos to which we, as mortals, like the stars, are subject.

I joined ACA because it was a publisher, and it has not disappointed. It’s non-profit, a legacy of its composer-cooperative form as envisioned by Copland and his colleagues. I like that spirit. It returns far more in royalties than other publishers, and takes an active interest in advancement of one’s work. It’s also making the transition to a digital future with firm but judicious steps. It has a New York address, which still counts for something, nationally and internationally. I didn’t make a mistake joining years back, and I think young composers should continue to consider joining in its legacy.

Robert Carl's Quantum Dances (2010) for clarinet, cello and piano will receive its NYC premiere at the ACA concert at Symphony Space – Thalia, NYC on May 13, 2017.

Theodor Adorno wrote in Cultural Criticism and Society (1949), "Cultural criticism finds itself faced with the final stage of the dialectic of culture and barbarism." He further wrote, "All phenomena rigidify, [to] become insignias of the absolute rule of that which is." As a portion of United States culture moves towards unexamined rigidity it's important to recognize and hold to the values in diversity that ultimately made exploration, growth and common well-being not just more possible – but also that overwhelmingly enriched the lives of Americans.

Stretched across more than a century, the eclectic ACA catalogue holds over 12,000 titles. Dating back to 1905 the catalogue is a stunning time capsule that also features digital-ink-still-wet scores produced today. Currently there are about 150 active composers, with 250 total represented in the catalogue. The music is as varied and diverse as the wildly different imaginations of generations of composers working towards their own personal visions and artistic goals. They wrote of their own time as composers do today, while drawing from an increasingly rich palette of global resources in seeking the music of the future.

Styles of music in the ACA catalogue sweep the spectrum of possibility across the 20th Century and into the 21st. It's likely that there is no stylistic "-ism" that is not addressed in the ACA registry, and perhaps quite a few that are all their own.

JunYi ChowJunYi Chow composes robust and full-bodied work that offers an energetic and powerful voice as tempered by a sensitivity to expansive timbral exploration and a stillness in repose that issues from phenomena of the natural world such as that found in the Malaysian rainforest – the breeze, the dew, the insects. By turns wistfully lyric then fiercely dramatic and virtuosic, yet not losing sight of the playful, the music explores the nuances of a range of expressive capacities as it resolves their tensions in a balanced and pleasing whole.

JunYi, who joined ACA in 2013, expressed his thoughts on membership:

ACA opens a new world to me, either as a publisher or a place to explore the diversity of Classical Contemporary music, that encourages the cultural exchange around the globe.